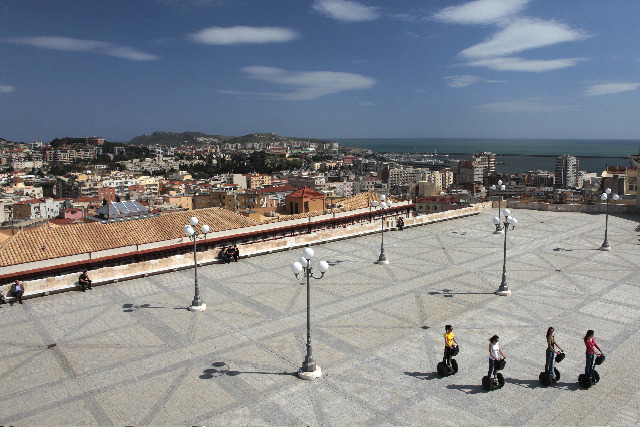 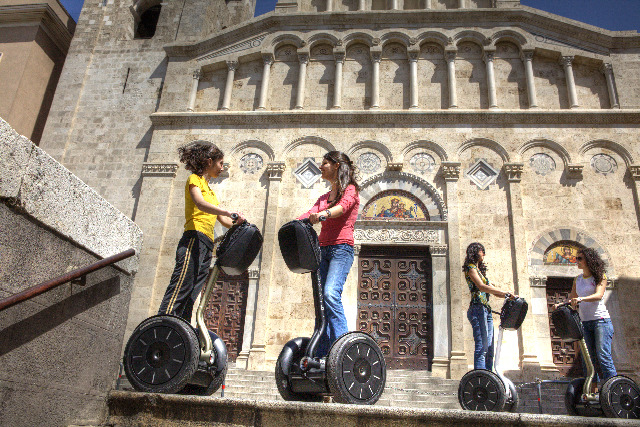 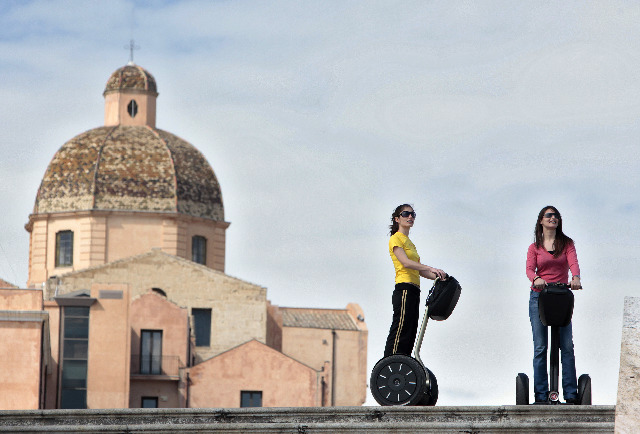 Glide through the enchanting streets of Sardina’s capital city on a Segway tour of Cagliari. Discover a history dating back to Roman times at the Amphitheater, through the Middle Ages at Elephant Tower, and on to modern times at City Hall.

Glide through the history of Cagliari, Sardinia’s bustling capital, on an easy 2.5-hour tour by self-balancing Segway. Following a brief training session to get you up to speed on how to handle the easy-to-operate vehicles, your guide will lead you down ancient streets and through lovely parks, while a fascinating history unfolds via the complimentary audio guide with earphone set.

Much more fun than a walking tour, and more eco-friendly than driving, the Segway tour visits major attractions such as the Roman Amphitheatre on the hill of Buoncammino, where gladiatorial combats and executions were once held. Pass the 13th-century Cathedral of Santa Maria, and marvel at the Romanesque and Gothic façades concealing precious objects of great religious significance.

Admire the monumental Bastion of San Remy, built by the Spanish between 1897 and 1903. And continue to Elephant Tower, the second highest medieval tower of Cagliari, characterized by a small elephant sculpture that symbolizes the impregnability of the city.

Other highlights include the Royal Palace, and Porta Cristina, allowing access from the western side of the city to the district of Castello. Enjoy the exotic plants and palm trees of the Public Gardens, and go to the highest point of Cagliari at the Tower of San Pancrazio, where you will be rewarded with superb views of the Gulf of Cagliari at the city’s medieval defence point.

Glide through the history of Cagliari on a self-balancing Segway

See the Roman Amphitheater on Buoncammino hill, where thousands would watch gladiatorial races and bloody executions

Enjoy superb views of the Gulf of Cagliari from the Tower of San Pancrazio, Cagliari’s highest point