Sardinia is the second largest island in the Mediterranean, famous for its beautiful beaches and unspoiled territories. During your trip to Sardinia it is easy to come across archaeological sites scattered from north to south of the island. The mild and often sunny climate makes it one of the perfect places for nature holidays. Itinerary to discover the north from west to east coast

But if you want to discover something more of this mysterious and ancient land then you must also visit its beautiful islands.

Did you know that there are 147 small islands in Sardinia?

A bit too much?! Yes, almost impossible to visit them all… For this reason we have chosen for you the TOP 6 Sardinian islands that you cannot miss.

The island of Asinara in north-west coast of Sardinia was once used as a maximum security prison for about 100 year. Is now home to the Asinara National Park, which houses about eighty wild species including the white donkey, the symbol of the island. On the island – perfect for a day trip – you can visit various beaches and explore the seabed rich in plants and fish. A great experience for snorkeling!

The Archipelago of La Maddalena, off the Costa Smeralda, includes 7 major islands, fifteen islets and hundreds of outcropping rocks. This place stands out for the beauty of their rugged coasts and unspoiled nature. La Maddalena, on the homonymous island, is the only inhabited center of the archipelago.

The archipelago boat tour is one of the most popular attractions in Sardinia: don’t miss it!

The second largest island in the La Maddalena archipelago, as well as a completely protected area. Caprera island is connected to La Maddalena by a 600-meter bridge, built in 1958. In addition to its beauty, the island is famous as Giuseppe Garibaldi‘s last residence. The White House preserves its memories: here the hero of the two worlds he lived for 26 years before his death: 6:21 pm on June 2, 1882, as his room’s clock and calendar mark

The island of Sant’Antioco, with its numerous beaches and cliffs, houses the Archaeological Museum, the most important exhibition of Phoenician-Punic culture in the Mediterranean. The Basilica of Sant’Antioco, one of the first Christian churches as well as one of the three oldest churches in Sardinia. Some beautiful beaches not to be missed such as Maladroxia, Cala Lunga, Spiaggia Grande and Calasetta. From the small village of Calasetta, ferries leave for the island of San Pietro in 30 minutes.

The island of San Pietro is characterized by the presence of inlets, cliffs and caves, such as those of Punta delle Oche. Particularly suggestive is Nasca, a natural swimming pool in the middle of the rocks. Cala Vinagra, perhaps the most beautiful fjord on the north-western coast. Cala Fico, a deep inlet between two narrow white rock walls. The island is home to the LIPU Oasis of Carloforte, an important resting and nesting place for many species of birds, including the Queen’s Hawk. The town of Carloforte, the only one on the island, is very interesting to visit for its beautiful old town and its small restaurants where you can taste the local specialty: bluefin tuna. It’s cooked in all possible ways… must try!

Going back to northern Sardinia to visit this island, full of incredible and spectacular backdrops. Tavolara is a very small island (about 4Km large) but about 500 meters high. Its height imposes itself like a mountain that suddenly emerges from the sea. It is full of coves and beaches with Caribbean waters. It can be reached from Porto San Paolo in about 10 minutes. For the more adventurous, you can reach the top of the mountain with a guided excursion and enjoy one of the most beautiful views of the east coast of Sardinia.

Sardinia is truly a land full of surprises that deserves to be discovered on a journey from north to south. Don’t focus only at the beaches, but take the car and move around this millenary island. Each place you visit will leave something in your heart. 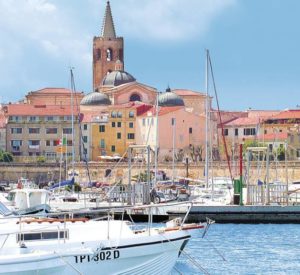 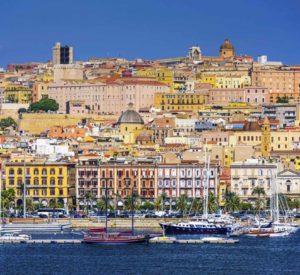 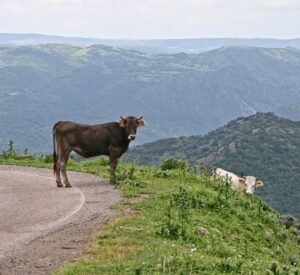 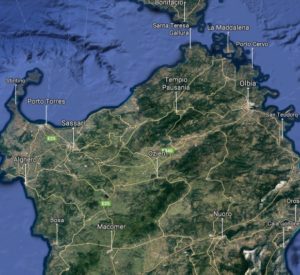 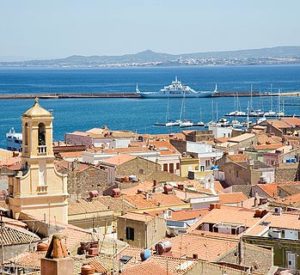 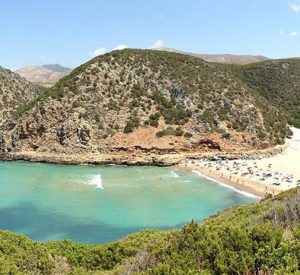